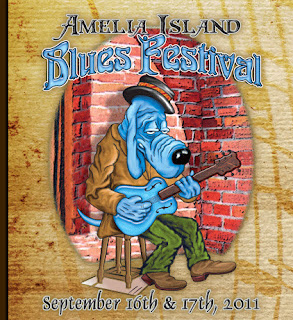 The final concerts of the 10 season of the Amelia Island Chamber Music Festival are scheduled for this weekend and I am already looking forward to the Amelia Islands newest music festival, the Amelia Island Blues Festival.  The festival already had a pretty good lineup of talent but they have just signed up a local JAX bluesman, Conrad Oberg, to play at the Festival.

Conrad is only 16 but has been performing live for more than 12 years. He recorded his first album at the age of 9, backed by Jerry Lee Lewis’ band. He has nearly 4 million viewers on the YouTubes. To add a little perspective here, the Maggie Doone videos have been viewed about 2000 times. I am really looking forward to hearing this guy play.

Mark your calendars!  Amelia Island Blues Festival, September 16th and 17th.  We’ll still be running our Dog Days of Summer Free Night Special so spend at least 4 nights at the Addison and one of them will be free.  A free night and a great 2-day blues festival.  Who could ask for anything more?

Posted in: The Addison News