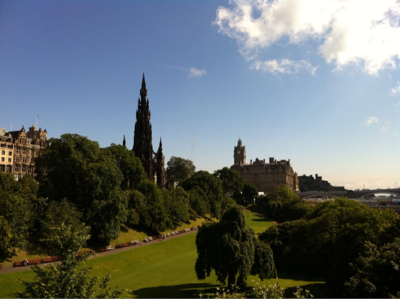 We spent a brilliant day in Edinburgh yesterday with Mick and Gwen.  They were good enough to drive in from the vibrant village of Lieth to show us around the city.  Little did we know that we were walking into the middle of the Edingurgh Fringe Festival, a week-long festival of street performances and indie shows. 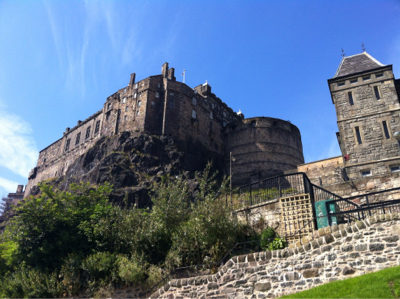 We met up with Mick and Gwen near the train station and wandered through town up to Edinburgh Castle and down the Royal Mile where the street performances were in full swing.

Parts of the old city are built on top of the even older city so we took a tour of Mary King’s Close, an ex-neighborhood underneath the City Chambers.  Then off for a pint and some lunch.  This was my first time eating haggis and I thoroughly enjoyed it. 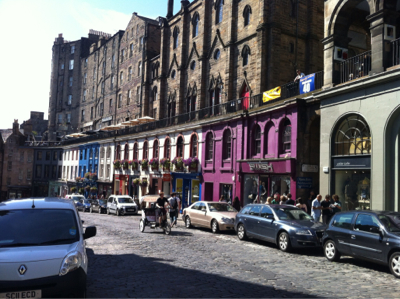 The Fringe Festival has thousands of performances in over a hundred venues scattered about the city.  We chose a comedy that was nearby and sat for an hour of rather amusing sketches.  After the show we were given a tour of the town by car and ended up walking up a hill to overlook the city. 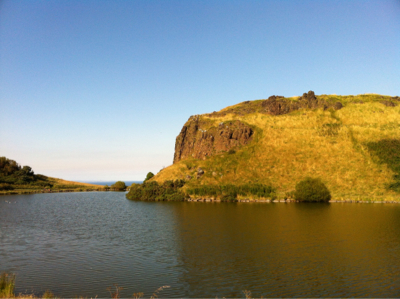 It is easy to build up an appetite with all that walking so off to the town of Lieth for another pint and dinner at one of their seafood restaurants. 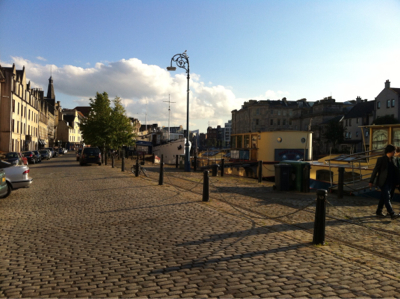 All in all, a very busy day. We walked the old town, drove the new town, expanded our theatrical horizons, climbed a mountain and ate very well.  The best part however was that we did all this with Mick and Gwen, past guests of the Addison who have become friends.  Mick (not his real name) doesn’t want his photo posted for security reasons so here is one last photo of me in a familiar pose.  More tomorrow. 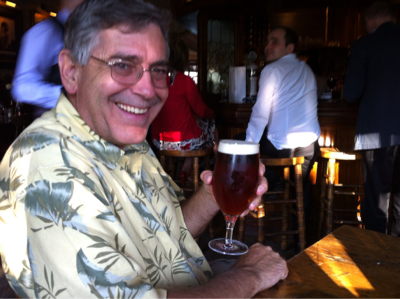 Posted in: The Addison News